Bitcoin and Ethereum have steadily increased this year, and they are gaining the attention of investors. I’ve recently begun trading cryptocurrency on the Binance exchange, and for fun, I created my own cryptocurrency token, the DPI, based on the Bitcoin Cash Simple Ledger Protocol (SLP).

Bitcoin was developed in 2008 by the pseudonymous person, Satoshi Nakamoto. Nakamoto is credited with the creation of the first cryptocurrency blockchain and solving the double-spending problem by using a universal public decentralized ledger and peer-to-peer networks. Bitcoin was the first digital currency built on cryptography and blockchain technology. There are 21,000,000 Bitcoins (BTC) in existence and the supply is currently fixed. At the time of this writing, over 18 million Bitcoins have been mined and once the remaining 3 million coins are mined they’ll be introduced into circulation with the others. Once that happens, it’s likely that miners will continue to be incentivized with fees to continue processing Bitcoin transactions and the protocol could be revised to allow for expansion.

What gives Bitcoin and other cryptocurrency value?

The value of Bitcoin and other cryptocurrencies is determined simply by how much people are willing to pay for them. Just like any other commodity: gas, sugar, rice, flour, pricing is determined by the markets in which the commodities are traded. Value is determined by the rules of supply and demand and not by any one person or business.

What Is cryptocurrency mining?

Cryptocurrency mining in the simplest terms is the solving of cryptographic equations using computational power (GPU/CPU). The equations are calculated to validate blocks of data (i.e. transaction records) before they can be confirmed and added to the public ledger/blockchain. To mine a cryptocurrency you configure mining software for the correct mining pool and the currency you wish to mine, then let your GPU and/or CPU begin verifying blocks. For successfully verifying transactions on the blockchain you get rewarded in the cryptocurrency you are mining. The first Bitcoin miners in 2008 received 50 bitcoins for successfully verifying blocks and this reward was halved in 2012 and 2016. Today in 2021, you receive 6.25 Bitcoins as a reward.

What are the differences between coins and tokens?

Creating your own cryptocurrency

It’s easier than ever to create your own cryptocurrency tokens. In fact, just for fun, I created my own SLP token, the DPI, using the new tool available from the Bitcoin Mint. I created a fixed supply of 10,000,000 new tokens then sent them to my Bitcoin Cash wallet.

My DPI Tokens on the Bitcoin Cash Blockchain Explorer 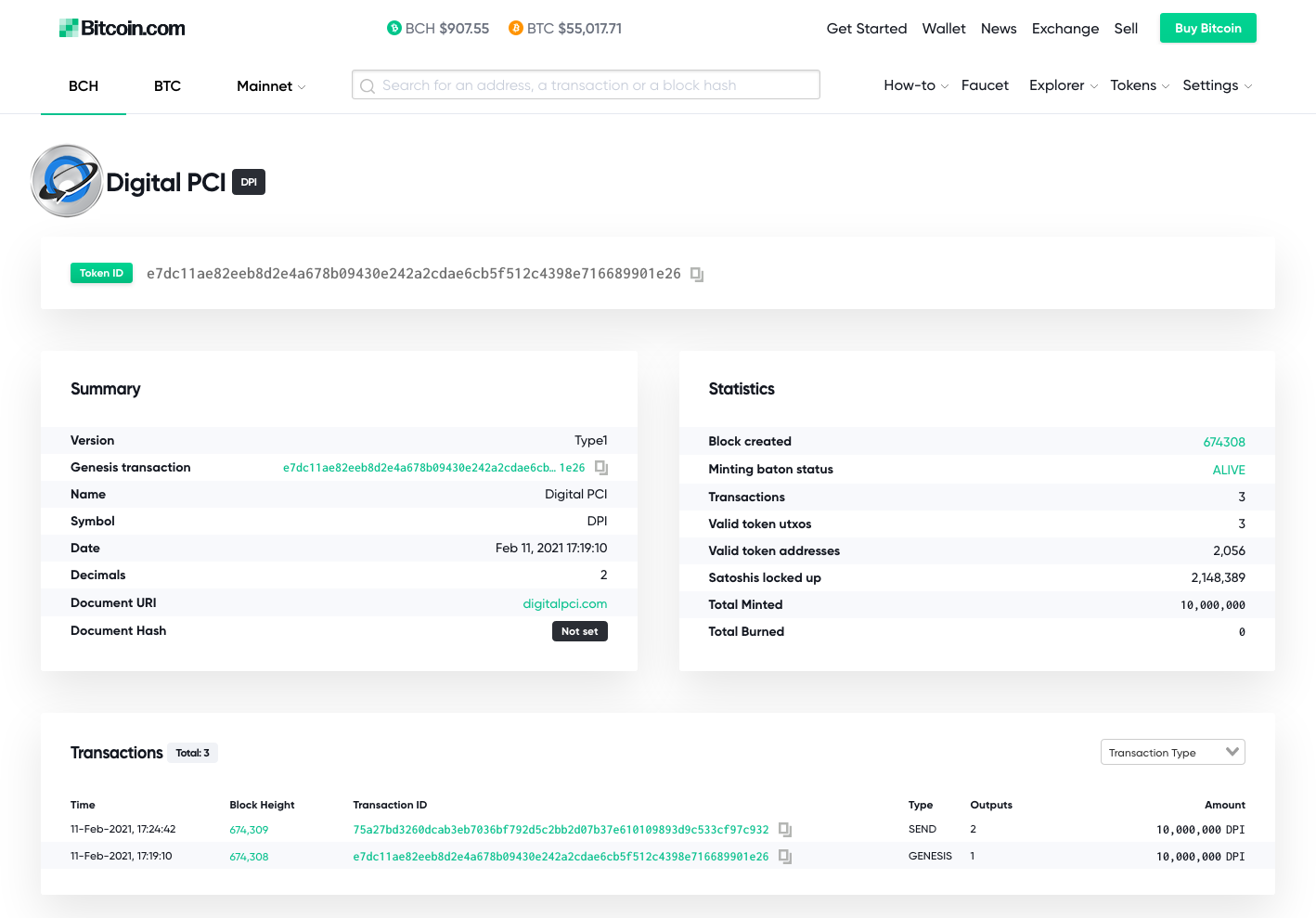